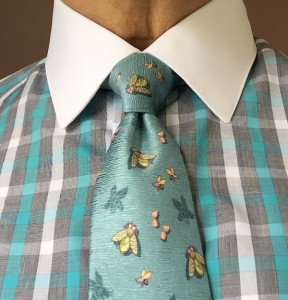 This morning I was in a pollinator mood…

Wearing a tie can be a game changer. Ties can alter the mood and provoke many responses from the “signals” produced by the pattern, width, and design of a tie. We hypothesize the reason men have gone away from ties is less about the casualization of the American workplace and more to do with collars that don’t fit the neck comfortably.  There’s many reasons why men’s collars aren’t comfortable to wear buttoned up:

We tell new clients that 80% of the purchase of a custom shirt is in the creation of a collar that is both comfortable and whose design flatters the individual face shape of the wearer. We use sample collars in every 1/4″ increment of size to allow our clients to actually feel the size of the shirt AFTER shrinkage. Because we build our collars and cuffs without fusible interfacing, we can guarantee that even after years of repeated commercial launderings, the collar will still measure the size that we ordered.

**Our neckwear is a curated collection of unique and individualistic ties to complement the custom suits and shirts we produce. We generally buy only two of a pattern so that our clients won’t have the embarrassment of seeing others wearing the same tie. Our brands like Mila Schon, Dormeuil, Paulo Albuzatti, Italo Ferretti and Tino Cosma are chosen for their uniqueness in a variety of widths.

To celebrate the life, we’re letting purple shine. Paisley Pat lights up the room, and purple butterflies from Italy grace the shirt. 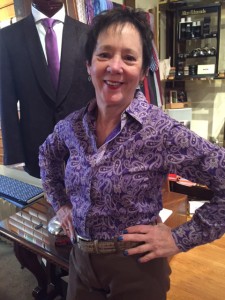 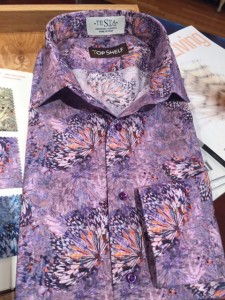 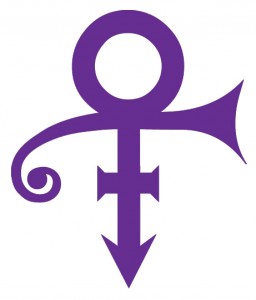 Top Shelf feels a huge loss in the death of one of our all time favorite musicians. For two or three years he even had a retail Prince store right next door to us in our old Uptown location. We would see his ex-wife Mayte dancing in the front window. His red Corvette was inside the store. There were televisions set into the floor, and lots of purple beads, CD’s and Prince paraphenalia. Tour buses from around the country would park in front and his fans would stand in line outside.

We were fortunate to have seen him perform at many different venues in the Twin Cities, partied in his nightclubs in Minneapolis and South Beach, at Paisley Park, Northrup Auditorium, Excel Center, and sometimes at Bunkers where many of his Minneapolis posse still perform weekly. At the last Lyn Lake Street Festival I felt compelled to shout out a Happy Birthday to him above the stage because it gave me pleasure to remind the crowd what day it was. 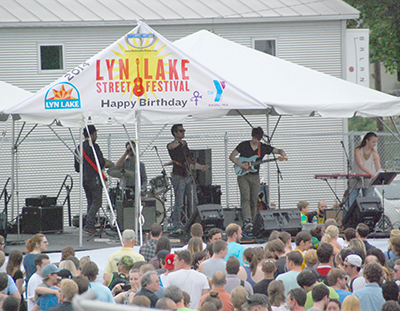 Others can write the history of all the ways that he broke the rules.  I used to describe him as James Brown, Elton John and Liberace all rolled into one, probably the most electrifying performer I ever saw, in a 5’4″ frame that was bigger than life. I would never have imagined how much I would feel the loss of him as a force of nature and musical personality.

It’s always an uplifting sign of spring when our tulip beds sprout their heads. They are all a little short this year but still make people smile! 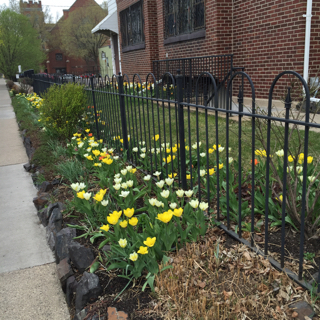 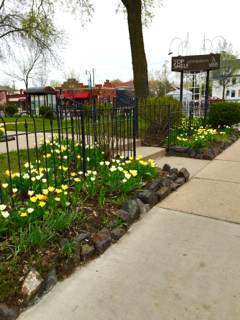 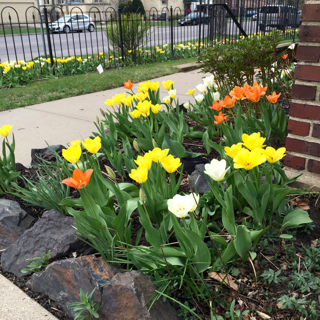 Closed for floor sanding the week of April 25th, returning Tues. May 3rd