Top Shelf has been honored to have many local musicians as clients, like Paul Peterson, The New Standards and Jeremy Messersmith wearing our tailored outfits in front of thousands of people.  This year just before the Covid crisis took off, we were proud to add another veteran of the Minneapolis music scene Tina Schlieske (https://tinaschlieske.com).  She had seen Wesley Snipes wearing a beautiful burgundy tuxedo for the Golden Globes and wanted a similar one. She also had a favorite coat, in red velvet and requested another in green velvet.

Tina is most well known in the Twin Cities for over 2 decades of performing with Tina and the B-Sides, and recently for several Dakota shows of Frank Sinatra tributes, and as special guest with the New Standards laying them in the aisles with her rendition of James Brown’s “This is a Man’s World”. She now calls Santa Barbara home with her partner and two children. 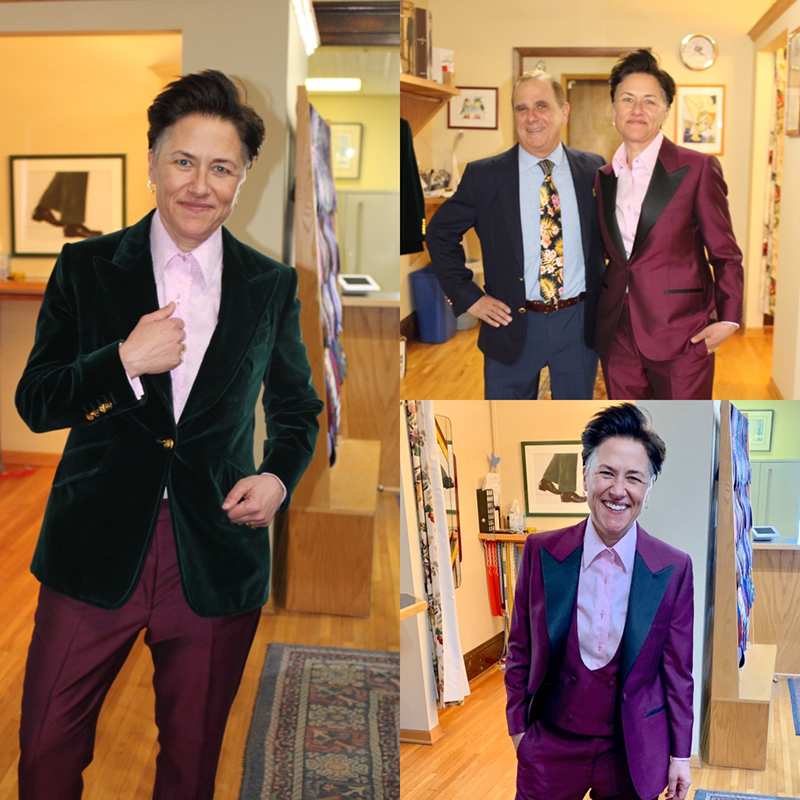